Yesterday I ran into a problem in my demo environment after I changed the AD FS service communications certificate. My old certificate wasn’t prepared for DRS (Device Registration Service) and since I wanted to test some things with DRS in combination with Office 365 I needed to replace the certificate with a new one which included the enterpriseregistration.domain.com UPN suffix.


3.       I wasn’t able to login to Office 365 anymore using a federated identity from an internal client:

Since the AD FS service itself didn’t report any problems I first tried to remove the AD FS trust between the Web Application Proxy (WAP) server and the AD FS server. However, after I removed the trust and tried to recreate it using the “install-webapplicationproxy” cmdlet on the WAP server, I received the following error:

Because it took me some time to figure it out, I wanted to share my solution with you.

However, when I looked into the socket layer with the command “netsh http show sslcert”, it returned the following information: 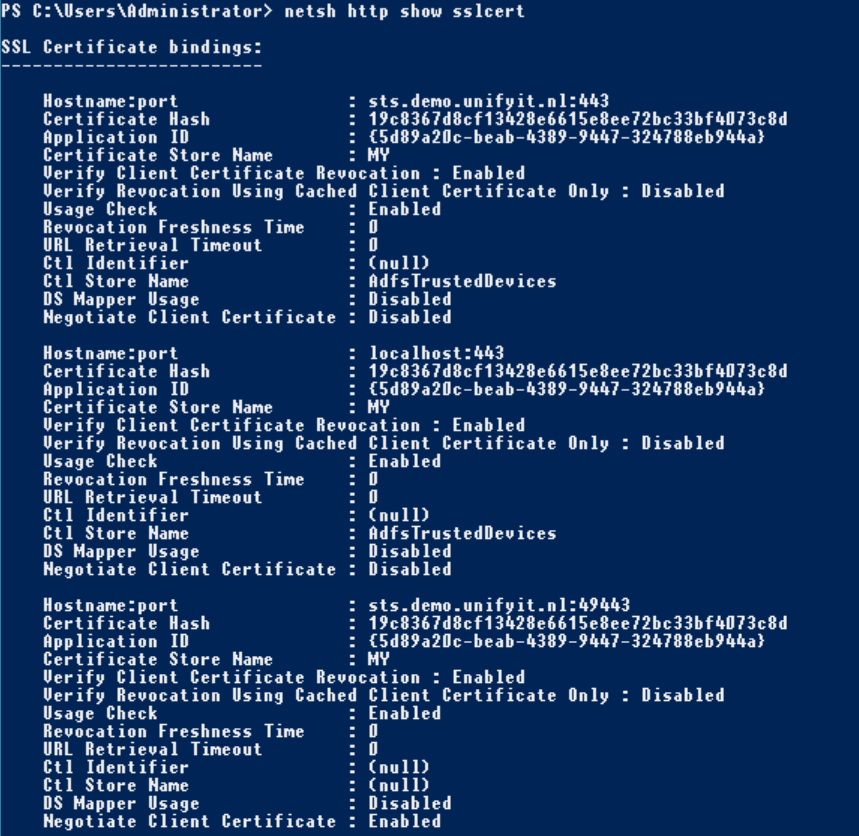 Clearly the socket layer was still in the understanding that it needed to use my old certificate, which was already gone by now.

Since AD FS in this version of Windows Server is not running on IIS anymore, you can’t change the default certificate on the IIS website. You need to remove all SSL Certificate bindings and add new bindings with the new SSL certificate.

So before we do this, you need to save the output of the “netsh http show sslcert” command to a notepad. This is important because you need the appid, hostnameport, certstorename and sslctlstorename to recreate the SSL certificate bindings.

Note: It is not necessary but before I do anything related to an application with a service install, I always stop the related service and make sure I have a current backup of the server in place.

After we have saved the needed information, we can remove the current SSL Certificate bindings by using the “netsh http delete sslcert” command. In this command you need to specify the hostnameport for the binding you want to remove. Since there are 3 bindings, we need to remove all of them. Also, you need to run your commandprompt or powershell commandprompt in elevated permissions. This is how the commands look like in my environment:

Now the old bindings are removed and you are ready to add the binding again with the SSL certificate that relates to the AD FS service communications certificate. You can verify if the removal of the SSL bindings where successful by running the “netsh http show sslcert” command again:

So, for the creation of the new SSL binding for AD FS you need the following information ready (you can take this out of the earlier created notepad file):

For some reason netsh doesn’t allow you to use the same syntax as showing and deleting the bindings. If you do this anyway, it prompt you the error “parameter is incorrect”. So, we need to create a session by entering the following commands:
netsh
http

This gets you in the http session of netsh. After this you can recreate the binding with the command  “add sslcert”. In my case this where the following command lines:

After running these commands, you should get the following output:

Now, we want to verify if the bindings are restored in a proper manner. You can do this by entering “show sslcert” from within the netsh shell. This should give you the following output: 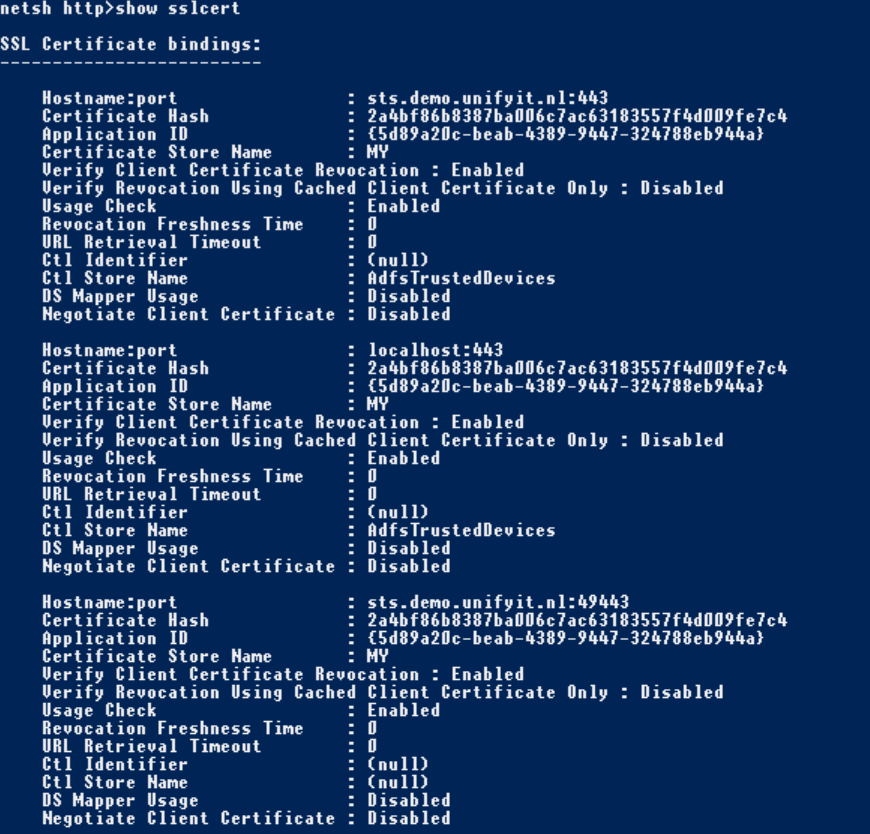 As you can see now, the bindings are successfully created and the Certificate Hash matches the SSL certificate installed on the AD FS server. 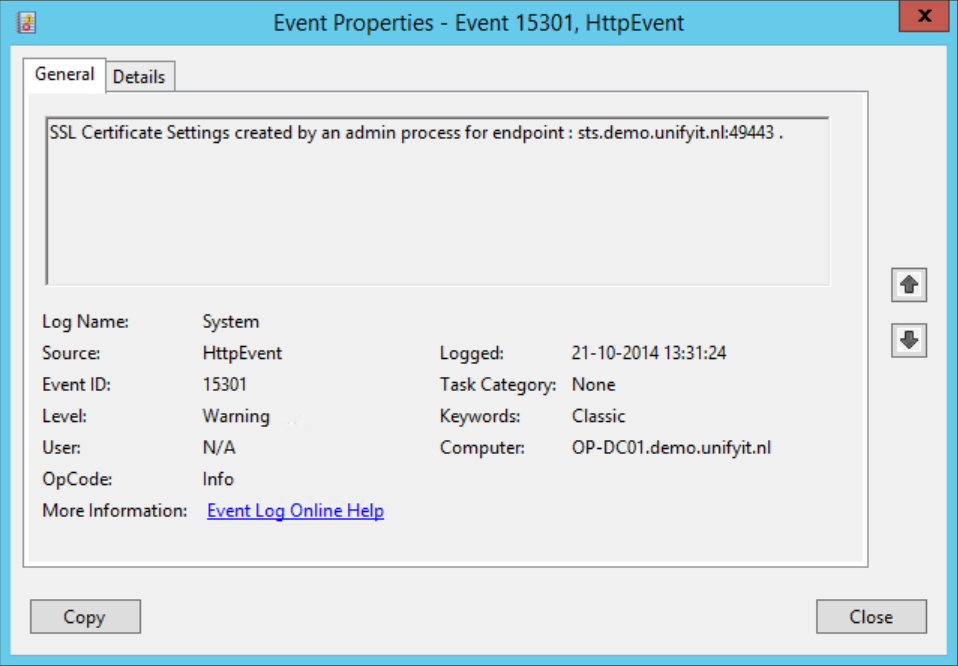 I hope this guide is useful for you when you encounter similar problems.